Get Pricing Book Meeting
Join us at ISE 2023
Book a meeting with us at our upcoming event!

This video shows three deployments by Userful’s Korean partner Nclouding. In this first clip you can see a video wall deployed by the Korean Aerospace Research Institute or KARI. It’s 64 screens are all run by 1 PC and of course Userful software. The video wall content comes into the Userful PC from two 4k Blackmagic capture cards as well as content run from the hard drive.Userful replaced an earlier 64 screen video wall at KARI. Their previous video wall was a tile matrix-based system but unfortunately with that approach, the staff found it very difficult to play the right content on the right screens. In fact, the only the person who could easily run the video wall as intended was the person who installed the video wall. And so, the Korean Aerospace Research Institute went looking for a new solution: one that was easy to manage and high performance. They chose Userful both because it was affordable, but also because it was so easy to use.Note that the content on some of the screens on this video wall have been deliberately obscured for this video.This video shows another deployment of Userful’s video wall solution done by nClouding in Korea. What you’re seeing here is a virtual reality deployment in the Asia Culture Center. They have connected this interactive video wall with the virtual reality experience. Anyone can watch the panorama on the video wall and see exactly what those who are wearing the virtual reality goggles are seeing.The 24 displays in this video wall are all running from two servers one supports 8 and the other 16 displays. The PC’s are tucked away in the server closet about 25 meters away.The Asia Culture Center chose Userful for the superior performance with 4k UHD video and the flexibility to support this unusual configuration.This Third video wall deployment from Userful’s Korean partner Nclouding is from a Samsung tradeshow booth. The customer wanted to create an artistic video wall that would mix the size and spacing of displays. The system was easy to set up with Userful’s drag and drop management interface.In this video wall one PC is supporting all 23 displays. All the content is being played from the PC itself.Thank you to nClouding for sharing these videos.Powered by Userful.

World of Wine (WoW) is an entertainment district in the heart of Porto, Portugal... 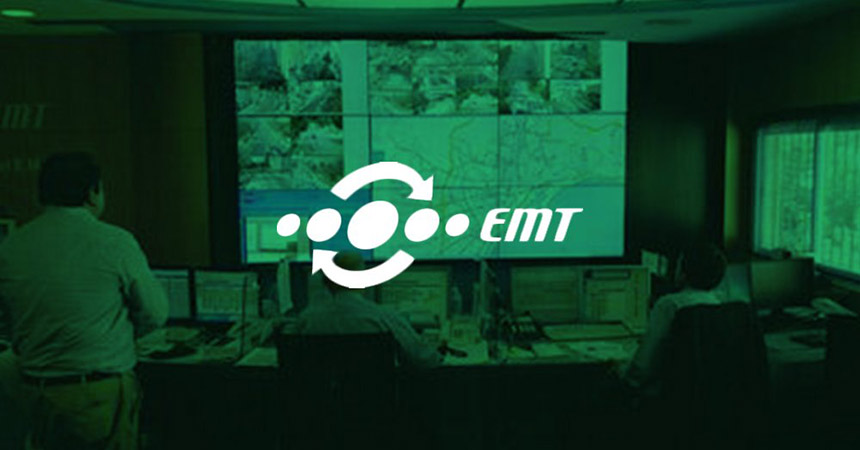 Userful Brings Command and Control to a Whole New Level

The Empresa Malagueña de Transportes (EMT) has been in charge of public transpor...

Control room video walls provide the most versatile way to visualize and monitor...